So with the release of the Modern Warfare 2 ‘Stimulus Pack’ today I thought I’d share my opinion on the whole debacle. There are actually two main arguments here, so let’s break ‘em down.

To immediately place myself on one side of the fence, I agree with the first point. £10 is too much for five new maps for an admittedly multiplayer-focused game. To be fair, Modern Warfare 2 also has single-player and co-op modes, the main story and ‘Spec Ops’  respectively, but let’s be honest here, how many of you ran screaming from those into multiplayer as soon as you were done? Heck, I know people who didn’t touch either and only played multiplayer, so that speaks volumes about how much people care about multi.

“You want to play Single-Player? Let’s get out of here!”

The official reason for the pricing was twofold, one, Activision sets the price, and two, five maps adds hundreds of hours of content given that you’ll be playing them a LOT.

To be fair, I can agree with one of those reasons.

Look at something like Unreal Tournament, every update ever for UT (regardless of version) has been free, however each update has added in maybe a few maps and a new mode, but hundreds of hours of play, due to each existing mode being playable on every map, and MW2 will follow in that respect. You may only have five new maps, but you’ll be able to play Domination, Demolition, Capture the Flag, Free-For-All, and so forth on each one of those maps. A good analogy would be paying £10 for five boxes you can put anything in, rather than getting five boxes you can only put one thing in for free. 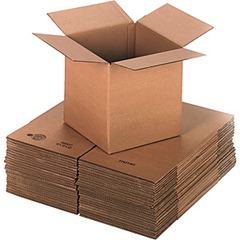 I don’t agree with the price, but I do agree with the reasoning behind it. One out of two isn't bad, but let’s hope Activision have a good hard think about their side of the equation, the money.

So, to move on the the second bullet point, if I don’t think the pack should cost as much, it should be free, right? Most forum users would have you believe that would be the case, however years of experience have taught me otherwise.

See, in the ‘olden’ days, us PC owners had to do the whole expansion pack thing. For roughly the price of the game we bought the year or so prior, we got a bit more ‘game’, so to speak. A few more units, maps, and missions for our RTS, a few more levels, guns and multiplayer modes for our FPS, and so on. A few games still do this, although the most prominent are those in the RTS genre. The point where people began thinking that every update for every PC game was free seems to have been lost in the mists of time, however, so I’m really not qualified to take a stab at guessing it. Instead, I’m going to attempt to list off two games who actually went down the old-school route on PC of offering minor updates for free, then busting out the more fun stuff in an expansion pack. 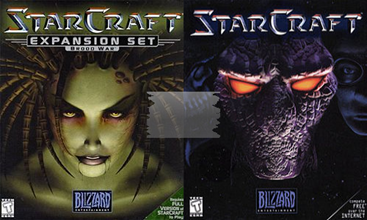 StarCraft is definitely a bad example, since Blizzard have a habit of supporting their games until the sun burns out and the skies turn to ash. However, Total Annihilation, a fellow RTS released around the same time, is a great example. Cavedog, the developer of TA, made an interesting move by releasing single units for the game (players could add a unit into the game by simply pasting a file into the units directory) for free. Users rejoiced, “Something for nothing?” they cried, “Excellent!”. These units however, came after a total of 79 units and 125 missions were added by full-price retail expansions. How many free units did we receive? Six. This was not an uncommon occurrence however.

If you want a better example, how about The Sims? Just counting the original game, there were seven expansions. Each subsequent title has received a similar deluge of expansion packs, each debuting at a price not too dissimilar to the original game itself. EA, whilst not having the best reputation amongst gamers, did do its part in terms of free items, releasing several around the time of each expansion pack, or thereabouts, with The Sims 3 doing the best job on the free stuff side, by regularly popping free items up on the Sims Store, a microtransaction-based virtual item shop. However, whilst each expansion pack added a new game mechanic, more items, locations and most importantly, hideously upholstered furniture, it cost money, a fair amount of it. 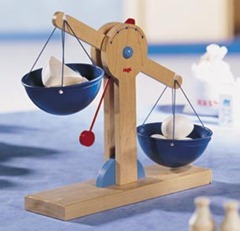 “Don’t worry, nobody will notice!”

So what’s really going on here? Are PC gamers just complaining for the sake of it? Many console fans will agree, however I personally believe that people have just forgotten that once upon a time, PDLC was common, it just came in a box, and it had ‘Expansion Pack’ written on it. Now it comes in chunks, over the internet, and is priced accordingly. Adapt or perish.